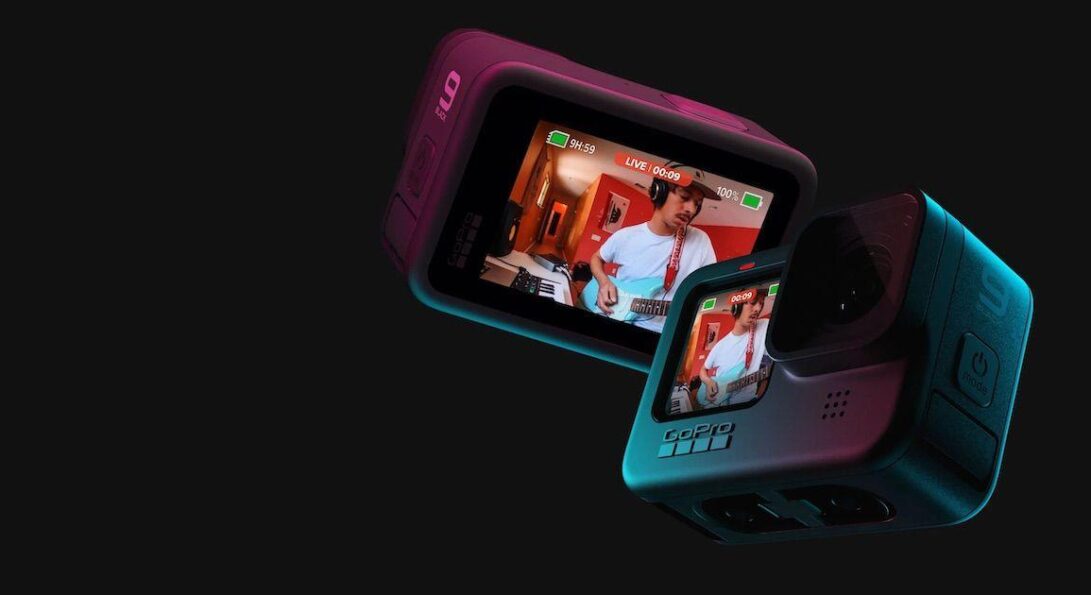 Summer has rolled in, and economies are springing up. What could be a better time to think about buying a GoPro Hero9 Black camera to capture the beautiful moments?

Your excitement in capturing every moment with the superb camera will multiply manifold. It comes with enriched and new features—a full-colour front screen, 5K video capability, and software enhancements—to add action and make capturing moments more effortless than ever.

Why to Upgrade to Hero9?

This year’s Hero9 is a notable enhancement over Hero8, released last year. Hero8 came with a cageless design with built-in mounting rings and a more compact front lens.

Hero9 retains all those features and is more extensive in all dimensions, yet it is not at all heavier to make you feel uncomfortable while carrying it around. And what is more, Hero9 does not retain a significant flaw which was with Hero8.

It now bears a replaceable lens cover, so you need not cry if you accidentally scratch the cover as you can replace it.

The replaceable lens cover is not the last of its new features. It is also now possible to add alternative lenses.

It means you can attach GoPro’s $100 Max Lens mod, which the company sells separately. It gives half of the field view of the GoPro’s 360-degree Max camera. You can pair that with a new sensor to capture 5K video.

Other remarkable features—a full-colour front screen and the capability to pull 14-megapixel stills from the video—are compelling reasons for you to upgrade to Hero9.

More noticeable features to explore in the camera enable it to stand apart from its predecessor.

The 23.6-megapixel sensor is one of the prominent standout features in Hero9, and that is a steep rise from the predecessor’s 12-megapixel sensor. With more megapixels, Hero9 can shoot 5K video and snap 20 megapixel still images.

You might argue that what is so special about the 5K video feature when the devices or streaming services supporting anything over 4K are smaller in number. But, there are advantages of the extra pixels, with which you can get fantastic 4K footage when you crop your video.

The vast view field of the camera gives you the advantage of cropping and zooming your video effortlessly.

Despite so many exciting and cool features, there is also a disadvantage to the camera. You are limited to only 30 frames per second (FPS) in 5K, but you get the flexibility to shoot 60 FPS in 4K.

Most mobile devices cannot play 5K videos, so you cannot preview them in the mobile app. You have the only option to download the 5K video to your laptop or desktop.

With the camera, you can get 20-megapixel images, sharper than the images you get from the previous Hero versions.

The new sensor is something to talk about in detail. It can catch a 14.7-megapixel still image from videos. The high resolution can make the image usable not only for the web but also for prints. There will be no chance for you to miss out on any action. You can shoot 5K videos and take out high-quality still images later.

There is yet another new feature to talk about—the full-colour front screen. With the power-efficient DJI Osmo Action camera, you can manually switch from front to rear screen.

The longer battery life also differentiates the camera from its predecessor. The battery can last for a half-day.

The removable lens cover is perhaps the last thing to look at in the camera. You can regard it as the correction of the shortcoming of the previous model. There is also the facility of adding a new mod on the existing lens.

The hardware upgrades are not the only things to look at the new camera. What is equally exciting about it is the software.

The Scheduled Capture is the first upgrade that attracts attention. It helps you to capture a shot at a scheduled time. Say you want to take a picture at the sunrise but hate waking up early—all you need to do is set the time, and leave the camera outside, and go to sleep. The software will do all the work.

HyperSmooth is the second major software upgrade, which is at version 3 now. The software reduces the camera shake even in bumpy filming scenarios to elicit a professional video.

Key Features at a Glance:

What Comes inside the Box?

With the upgrades, you get notable benefits from investing in a Hero9. Moreover, its company, GoPro, has also revamped and simplified its online subscription model. The company has offered eye-catching perks, like unlimited video storage space for backups, total camera replacement, and discounts at the GoPro store.